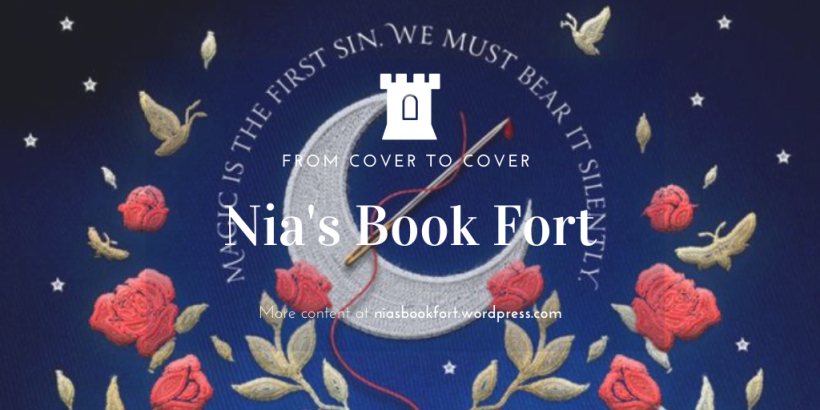 Series: The Language of Magic #1
Goodreads: Threadneedle
Publisher: Harper Voyager
Buy: Bookshop.org UK
Synopsis: Within the boroughs of London, nestled among its streets, hides another city, filled with magic.

Magic is the first sin. It must be bound.

Ever since Anna can remember, her aunt has warned her of the dangers of magic. She has taught her to fear how it twists and knots and turns into something dark and deadly.

It was, after all, magic that killed her parents and left her in her aunt’s care. It’s why she has been protected from the magical world and, in one year’s time, what little magic she has will be bound. She will join her aunt alongside the other Binders who believe magic is a sin not to be used, but denied. Only one more year and she will be free of the curse of magic, her aunt’s teachings and the disappointment of the little she is capable of.

Nothing – and no one – could change her mind before then. Could it?

Review: I received this digital copy in exchange for an honest review, thanks HarperVoyager.

It’s so lovely when a publisher invites you to review a book that’s been on your to be read since they announced it, and ho boy was I excited to immerse myself in a modern witch aesthetic set in London. It’s also really rather nice when the book actually manages to live up to the pre-release hype, which for me Threadneedle managed to do.

Firstly, I think it should be mentioned that Threadneedle has the feel of a young adult novel rather than the adult fantasy it’s been marketed as; it is a first in series so maybe it’ll get more adult as it goes along, but for now, this book reads a little young to sit firmly in the adult fantasy category. That’s not to say that this detracted from the story, Threadneedle is excellent, but if you’re not a lover of a very teenage voice then it’s something to consider.

END_OF_DOCUMENT_TOKEN_TO_BE_REPLACED

Series: Kingdom of Souls #2
Goodreads: Reaper of Souls
Publisher: Harper Voyager
Buy: Bookshop.org UK | US
Synopsis: After so many years yearning for the gift of magic, Arrah has the one thing she’s always wanted—at a terrible price. Now the last surviving witchdoctor, she’s been left to pick up the shattered pieces of a family that betrayed her, a kingdom in shambles, and long-buried secrets about who she is.

Desperate not to repeat her mother’s mistakes, Arrah must return to the tribal lands to search for help from the remnants of her parents’ people. But the Demon King’s shadow looms closer than she thinks. And as Arrah struggles to unravel her connection to him, defeating him begins to seem more and more impossible—if it’s something she can bring herself to do at all.

Review:  I received this digital copy in exchange for an honest review, thanks HarperVoyager.

So, when I got an email from HarperVoyager offering me an eARC of Reaper of Souls I swiftly broke my Netgalley ban so I could read it. I managed to win a physical ARC of Kingdom of Souls back in 2019 (you can read my review here), and it was a series that I definitely wanted to continue reading.

Reaper of Souls picks up pretty much where Kingdom of Souls left off, so just in case you hadn’t realised there’ll be spoilers for the first book ahead! Arrah is dealing with the fall-out after her families betrayal and attempt to free the Demon King, and with her role as the last remaining witchdoctor. In this book we also get a few other perspectives in the form of her love interest Rudjek and the Orisha Dimma’s memories, their perspectives are a great and necessary addition as Arrah and Rudjek split from each other and go on their own journeys.

END_OF_DOCUMENT_TOKEN_TO_BE_REPLACED 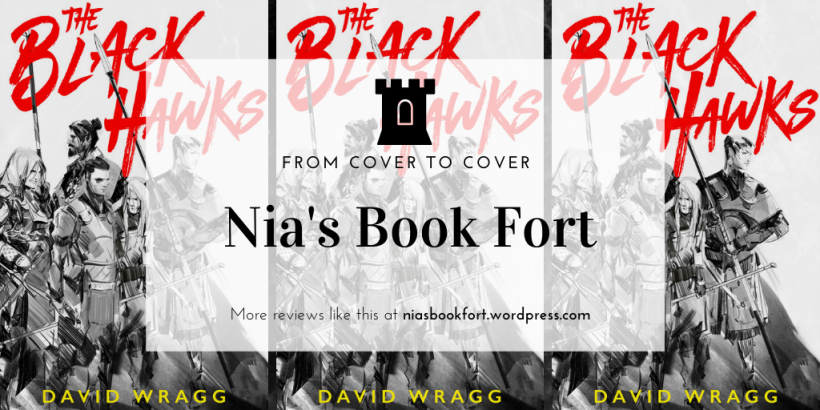 Life as a knight is not what Vedren Chel imagined. Bound by oath to a dead-end job in the service of a lazy step-uncle, Chel no longer dreams of glory – he dreams of going home.

When invaders throw the kingdom into turmoil, Chel finds opportunity in the chaos: if he escorts a stranded prince to safety, Chel will be released from his oath.

All he has to do is drag the brat from one side of the country to the other, through war and wilderness, chased all the way by ruthless assassins.

With killers on your trail, you need killers watching your back. You need the Black Hawk Company – mercenaries, fighters without equal, a squabbling, scrapping pack of rogues.

Prepare to join the Black Hawks.

Review: I’ve finally finished The Black Hawks and broken what has been a particularly brutal reading slump! It’s been so long and the book has been out a good while, but I still have to say the wonderful folks at HarperVoyager gave me this as a NetGalley ARC for an honest review.

END_OF_DOCUMENT_TOKEN_TO_BE_REPLACED

Magic has a price—if you’re willing to pay.

Born into a family of powerful witchdoctors, Arrah yearns for magic of her own. But each year she fails to call forth her ancestral powers, while her ambitious mother watches with growing disapproval.

There’s only one thing Arrah hasn’t tried, a deadly last resort: trading years of her own life for scraps of magic. Until the Kingdom’s children begin to disappear, and Arrah is desperate to find the culprit.

She uncovers something worse. The long-imprisoned Demon King is stirring. And if he rises, his hunger for souls will bring the world to its knees… unless Arrah pays the price for the magic to stop him.

Review: I managed to win this book in a twitter competition that HarperVoyager were running and I was pretty darn excited about it! Then a few days later my request for a Netgalley arc was approved, so I guess I was doubly lucky with this one, but these things do mean that this is a review of an advanced reader copy that I received from HarperVoyager and Netgalley.

So first of all there are some trigger warnings that come with this book including violence, blood magic, abuse, ritual based self-injury, and the death of a child.
Then something I think you’ll find overwhelmingly useful, the online world guide, there’s a plethora of characters and places to track so this thing is invaluable. Now then on to my review!

END_OF_DOCUMENT_TOKEN_TO_BE_REPLACED

I’m here mostly to rave about books, but there’ll be a smattering of cosplay, publishing, and general tomfoolery mixed into this bookish cake!

Feeling better in the sun 🌱✨
Happy first try-on 🙌✨
I’ve fully forgotten how to write captions, how do Instagram?
No cosplay from me this week, but I did build a whole ass PC tower 😎
I’m back on my fe3h bullshit with another play-through! I love this pink haired babe so much 💗✨
Fresh looks 4 me 🥳
Happy Halloween!! 🎃 Here's a rather un-spooky Ciri test, but I sure had fun doing it 🙌✨
Is bad at face paint but this Gideon the Ninth cover looks was a fun experiment...did waste a shit-ton of glitter tho 😭😭😭
New Nier news means I can't resist reposting a shot of A2 💪✨
Tryna be cute but in video form ✌️✨
Loading Comments...
Comment
×